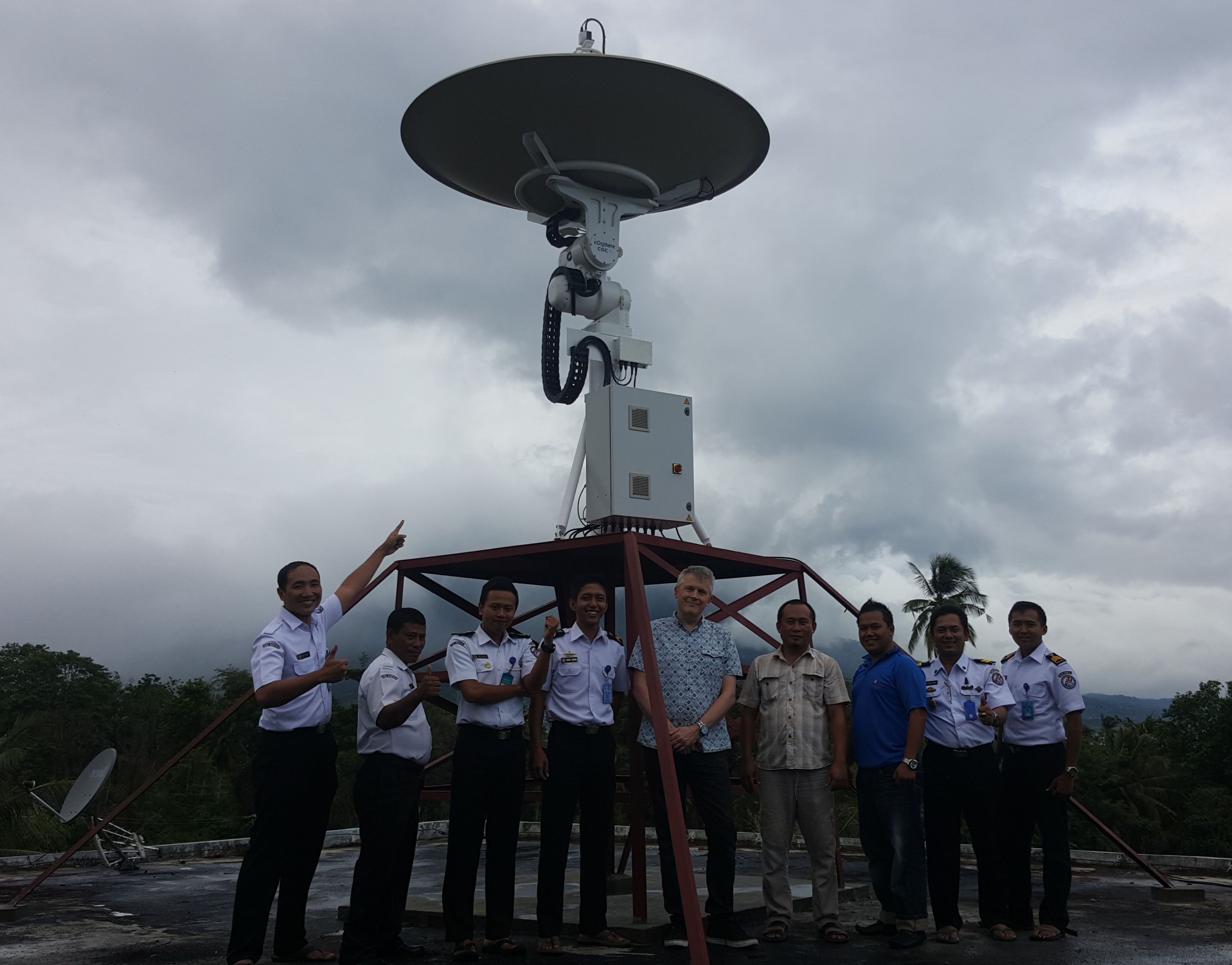 Please see the the Key technical features section below for further details.

Since 2007 eOsphere satellite reception, acquisition and processing systems have been installed in many countries worldwide (including China, Cuba, Ecuador, Greece, India, Indonesia, Kuwait, Malaysia, Vietnam and the UK) to provide operational government agencies and research organisations with near real-time data for a wide range of applications including weather now- and fore-casting, aerosols and air quality, pasture, ocean colour and other environmental monitoring, detection and monitoring of natural and man-made disasters such as flooding, de-forestation, oil spills, volcanic eruptions ash, forest and wildfires, burn scar and smoke and extreme weather events using medium- and low-resolution visible, near, short wave and thermal infrared satellite image data. 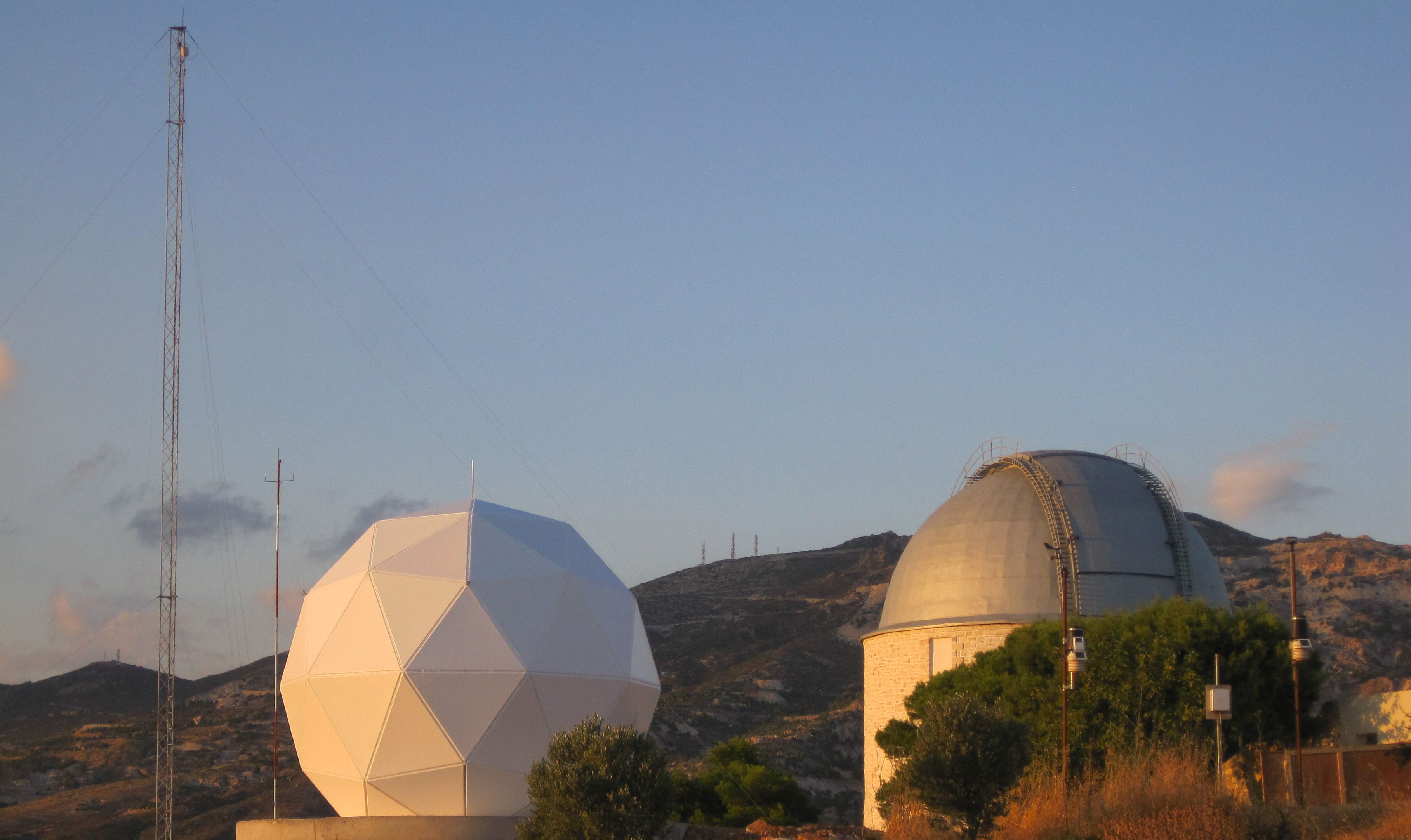 The eOsphere Forest and Wildfire Monitoring system was supplied to the National Observatory of Athens (NOA), Athens, Greece, as part of the EU Project BEYOND: Building a Centre of Excellence for Earth Observation Based Monitoring of Natural Disasters, in 2014. The system is now used as part of the European Forest Fire Information System (EFFIS), a component of the Copernicus Emergency Management Service Risk and Recovery Mapping, routinely delivering forest fire products covering Central and Eastern Europe, the Mediterranean, Middle East and North Africa to the EFFIS system. 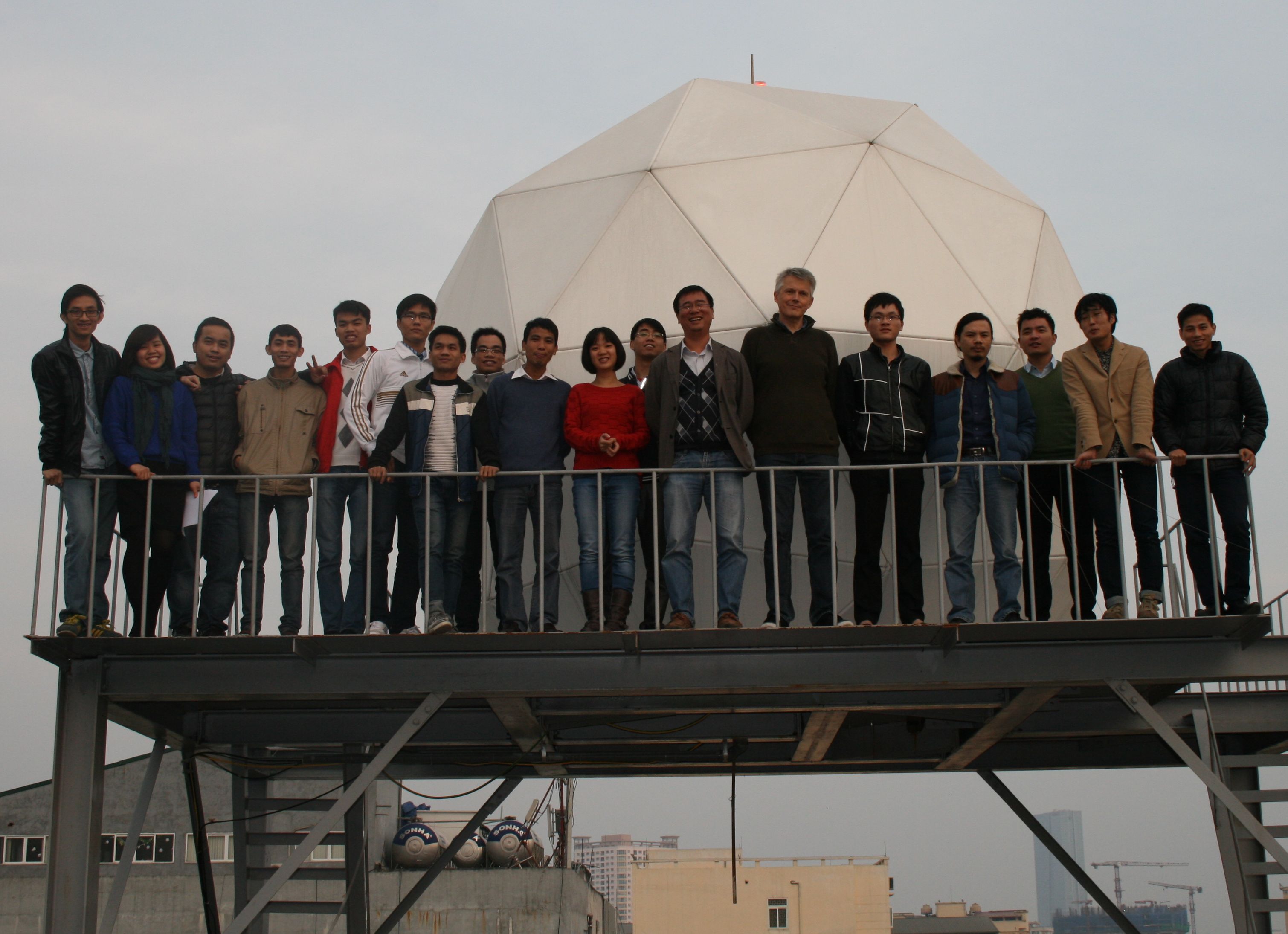 The eOsphere Forest and Wild Fire Monitoring system was supplied to the Centre for Multidisciplinary Integrated Technologies for Field Monitoring (FIMO) at the University of Engineering and Technology (UET), Vietnam National University (VNU), Hanoi, Vietnam, in 2014. FIMO is a university teaching and research department specialising in field monitoring techniques, including remote sensing, with particular emphasis on forest fire and air pollution monitoring, as part of the national disaster monitoring system.

The eOsphere polar orbiting satellite reception system was supplied to the Instituto de Meteorología de Cuba (INSMET), Havana, Cuba, in 2017. INSMET is the national meteorological service for Cuba specialising in meteorological now- and fore-casting, numerical weather prediction and agrometeorology. INSMET has a long history of hurricane tracking in the Caribbean and captured many useful images of hurricanes Irma and Maria which passed closed by shortly after installation. 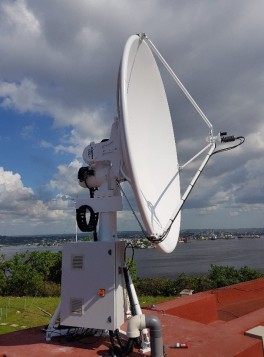 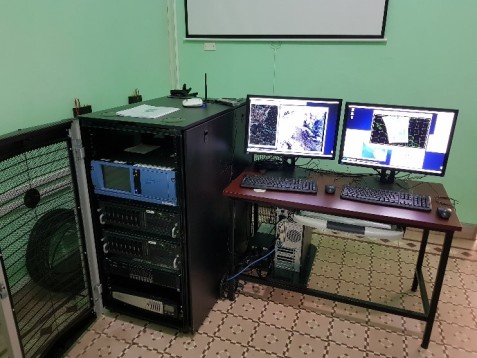 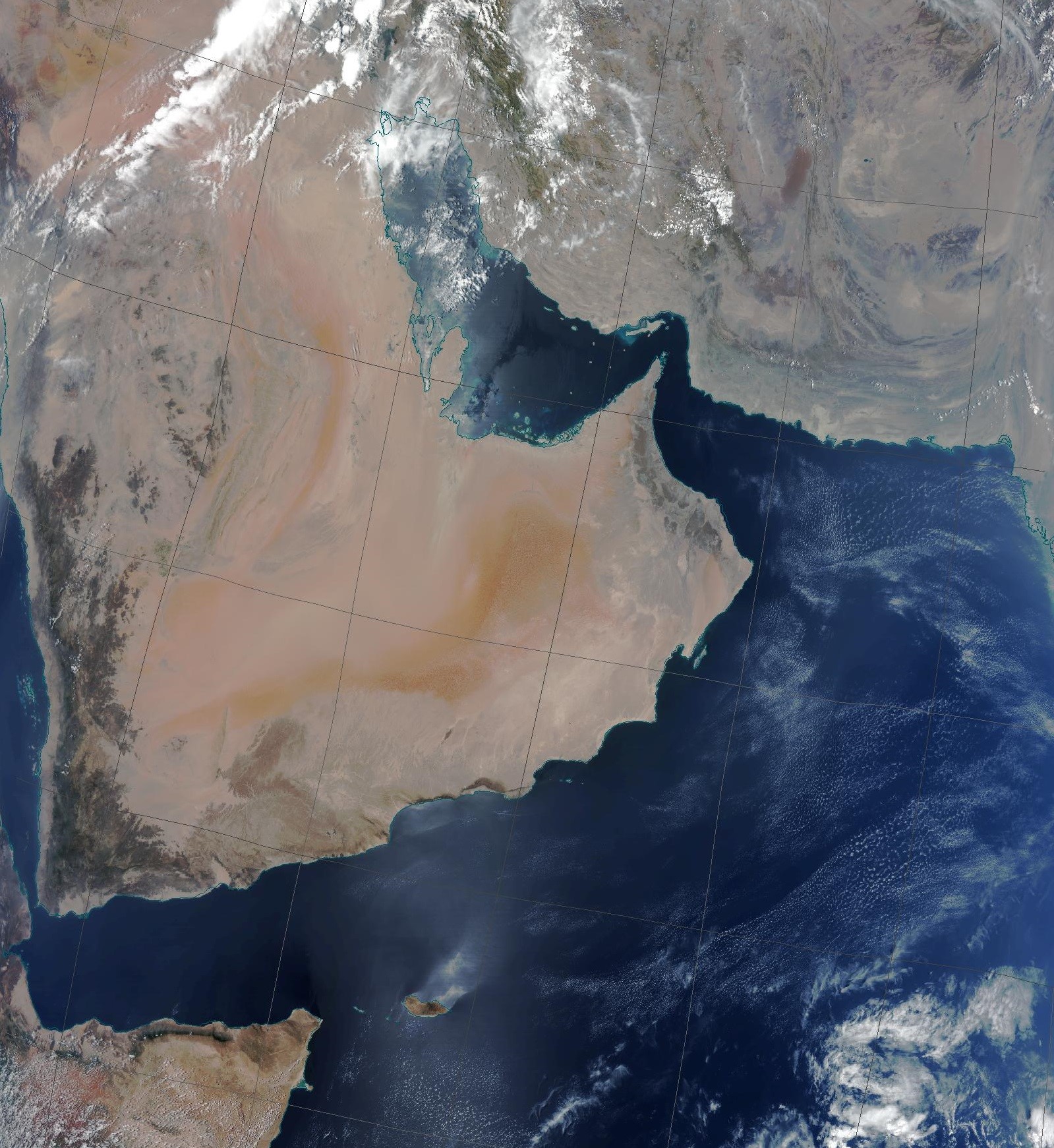 The eOsphere Marine Environment Monitoring system was supplied to the Regional Organisation for Protection of Marine Environment (ROPME) in 2018. ROPME is a multi-national organisation established to monitor the marine environment in the Arabian Gulf and around the Arabian Peninsular. The system is being used to monitor all aspects of water quality, particularly the detection and tracking of oil slicks, using MODIS and VIIRS visible channel reflectances, algal blooms and ocean fronts, with products published to the community via ROPME’s web-site, research and periodical reports.

The eOsphere Marine Environment Monitoring system was supplied to the University of Terengganu, Institute of Oceanography (UMT-INOS), Malaysia, in 2012. UMT-INOS is teaching and research university specialising in monitoring of the marine environment and undertakes research of national importance in marine biodiversity, endangered species and marine environmental governance in Malaysian waters. 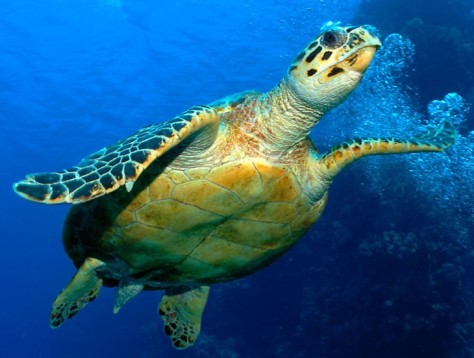 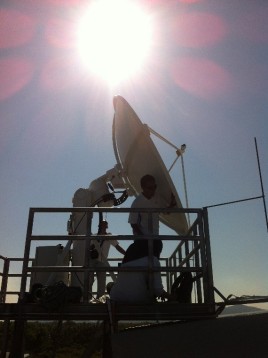 National Agency for Meteorology and the Environment Monitoring (NAMEM), Mongolia 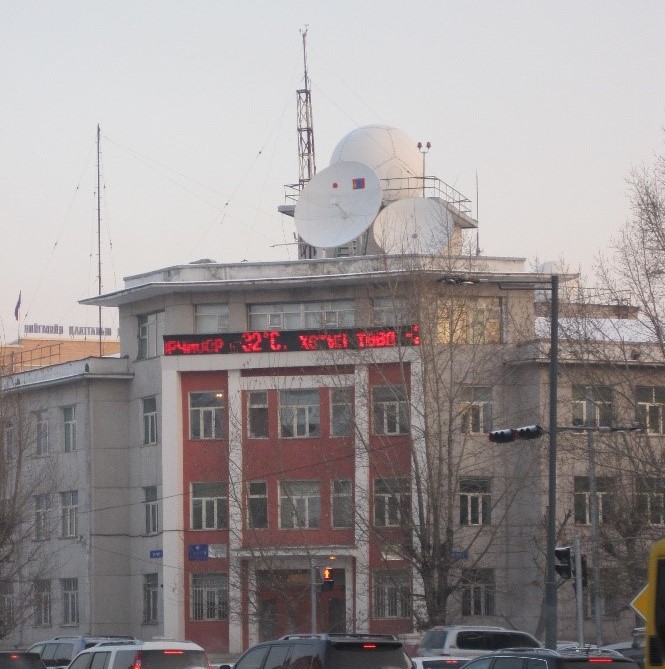 The eOsphere polar orbiting satellite reception system was supplied to the National Agency for Meteorology and the Environment Monitoring (NAMEM) of Mongolia in 2007, upgraded for reception of new polar orbiting satellites in 2012 and technology refreshed in 2019 as part of the SIBELIUs project. NAMEM is the national meteorological service for Mongolia specialising in meteorological now- and fore-casting, numerical weather prediction and agrometeorology and includes the Information and Research Institute of Meteorology, Hydrology and Environment (IRIMHE) specialising in research for all applications of EO data in Mongolia. 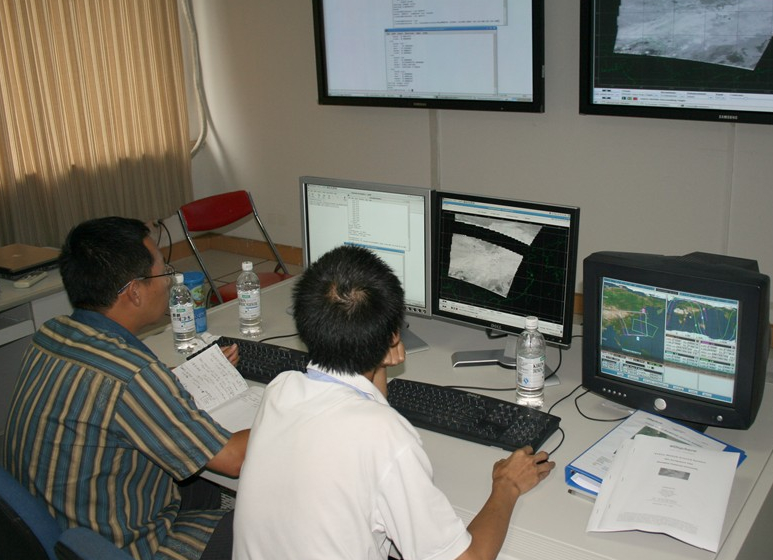 The eOsphere Marine Environment Monitoring system was supplied to the Shanghai Ocean University SHOU) in 2007, upgraded for reception of new polar orbiting and geostationary satellites in 2013 and 2015 and technology refreshed in 2018. SHOU is teaching and research university specialising in monitoring of the marine environment, fisheries and aquaculture. The system is used as a teaching tool for ocean remote sensing and undertakes research into the marine environment of the Chinese sea areas.

All the polar orbiting satellites received are free-to-air (i.e. no licensing costs) and provide multiple medium resolution (250m to 1km), visible, near-, shortwave- and thermal-infrared images.

Typically, there are 4-6 visible satellite passes per day from 4 satellites, with swath widths of between 2,300km and 3,000km, providing coverage of the area within ~3,000km  of the satellite ground receiving station multiple times every day and night.

The eOsphere DataCast satellite receiving station is designed to be easily upgradeable to receive future geostationary satellites such as Meteosat Third Generation (MTG) and Feng Yun 4.

A nominal annual license fee is typically required for commercial organisations but otherwise all the satellites received are free-to-air (and provide multiple medium resolution (500m to 5km), visible, near-, shortwave- and thermal-infrared images.

Typically, complete Earth disk images are transmitted every 10, 15 or 30 minutes, providing coverage within ~+/-81 degrees of latitude and longitude of the sub-satellite point from 48 to 144 times every day.

The eOsphere satellite receiving stations are complete standalone automated end-to-end systems from scheduling of reception of satellite transmissions to the delivery of environmental data products to geospatial databases and websites.

The eOsphere satellite receiving stations also includes a fully featured visualisation system for display of satellite imagery and products, along with tools for re-projection, re-sampling, aggregation, re-formatting and delivery of products.

eOsphere offers a complete solution including requirements specification, delivery, installation and commissioning of all equipment, full integration with end-user’s infrastructure, training and ongoing maintenance and support. The user does not need existing or additional IT infrastructure.